Last year I also visited Samuel and to be honest, I have been quite worried about him this past year.
He was not doing very well last year, and he had some difficulties finding his place in a team where most people had already been working together for a long time.
His work conditions were also far from ideal: much if the equipment was old, dirty or broken.
He was also quite insecure, and he told me he always worries that a day will arrive when a woman is brought in who he cannot help.
I realise that this is what ‘Adopt a Midwife’ asks of people: to work in remote areas, often under challenging circumstances.
A Dutch midwife wouldn’t last a day.
Luckily, I sometimes got some news about Samuel via Melaku (see ahead), but I honestly was not expecting him to still work in the Health Centre.
I was surprised to see an entirely different Samuel as I arrived in Dalidakt.
Proud and confident, but still so humble and friendly, he showed us around the new ‘Mother and Child Clinic’.
In agreement with the health agency, he has been able to start working in a brand new building, in which he has now found his own place.
With a small budget, he tries to keep everything neat, for example by covering the floors with linoleum and plastic sheets around to mattresses for protection.
Some things that are so self-evident here can be so tricky there.
A few days ago a new midwife started working at the Dalidakt Health Centre. She is a recent graduate and does not have a lot of work experience yet. Still, it is nice for her and Samuel to share the responsibility.
Samuel recently followed the Basic Emergency Obstetric Care (BEmOC) training, as well as some other courses, which help him to be better prepared for his job.
He told me which complications he has treated and how, and that it all ended well. One woman whom he had to refer to the hospital in Woliso (several hours by car, Samuel often gave her two IV drips before the trip), recently visited Samuel in the Clinic to thank him and to tell him she was doing well. That’s fantastic!
Because Samuel did not yet have a proper cooking stove to disinfect his instruments, we bought one for him in the capital. He proudly posed with his new cooker for a photo.
For the coming months, he plans to open a ‘Mother Waiting Room’ for pregnant women who live far away from the clinic. This will certainly be used, keeping in mind the approaching rainy season.
He has already bought the beds and the matrasses, and we have chipped in for the sheets and blankets.
Like in Jilela, we will also solve the water problem in Dalidakt.
Samuel was thrilled with all the supplies we brought for him, including the solar flashlight. 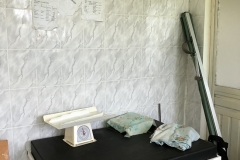 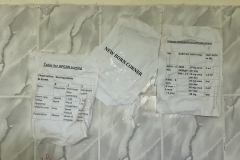 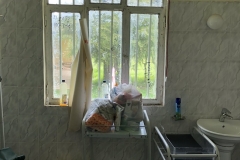 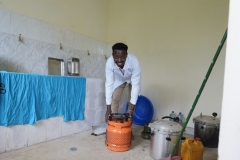 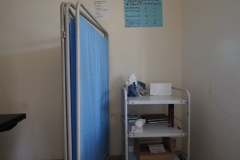 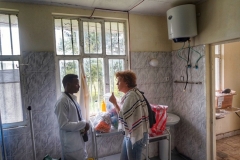 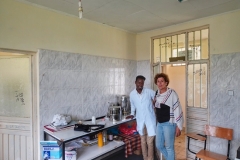 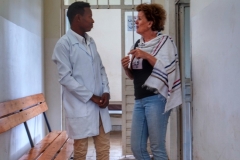 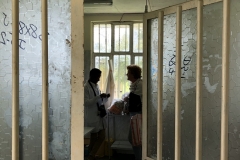 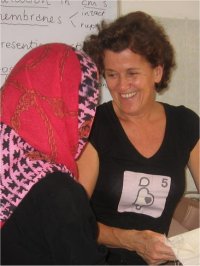